At the moment, we're in the process of auditioning voice actors for Technobabylon. Because of the way I write, I use lots of complicated/foreign/made-up words, and have to provide a guide to the meaning, use and pronunciation of them. Perhaps you'd like a look at a few? Don't worry, there shouldn't be much in the way of spoilers...

An automated food-dispensing/producing machine. People don't do a great deal of their own cooking in the future.

CEL likes to use euphemisms to describe the roles of its staff. A case specialist refers to those we might call “detectives” at the moment, whose expertise in a particular area makes them more likely to be assigned to a given case.
e.g. “We need to get a case specialist on this, someone with a background in wetware.”

Umbrella agency handling the city's emergency responses, civil order and law enforcement. Coordinated by the city's overseer AI, Central. A combination of police, fire, rescue and counter-terrorism, though it does its best to keep its operations invisible.
e.g. “My name's Dr Regis, I'm a CEL agent.” 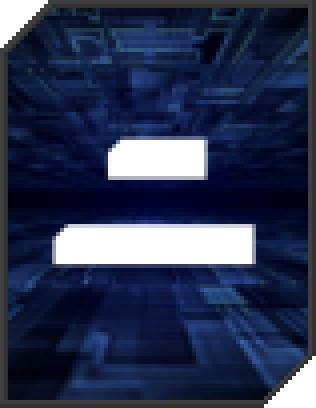 AI controller for the city. Though it doesn't set policy, it executes that laid down by the governing committee in the most optimally efficient way possible. Appears to have a limited personality, but there's more going on upstairs than most people realise.

A chemical sensor used to break down and determine the contents of a substance or surface.

Portmanteau of “genetics” and “engineering”, referring to the specialist practice of modification of organisms' DNA to produce desired results that may not have otherwise occurred naturally, such as the addition of firefly proteins to grass to create glow-in-the-dark lawns.
e.g. “I'm a qualified gengineer, but my speciality is insects.”

Implanted into the brain and limbic systems of paroled criminals, produces reaction of violent sickness and immobility when thoughts stray too close towards violence or deceit. Kind of a technological “Clockwork Orange” effect.

An underground media/techno-anarchist group, akin to Anonymous or Wikileaks. Name is an Arabic word meaning “ignorance”, both as irony and counterpoint to the dominant media corporation's name of “knowledge”. Also serves as religious metaphor in Islam.
e.g. “The chairman was trying to hush it up, but Jahiliyyah leaked the film on the net.”

Derogatory and insulting term used to refer to the real world outside of the Trance.

Currency used by non-aligned cities and nations based on the value of energy. Singular Quantum, plural Quanta. A single unit is worth about $0.20 in modern terms.
e.g. “This project has cost us a hundred and fifty million Quanta!”

The city's social assistance program for those unable to support themselves. An umbrella term for social services, unemployment allowance, housing support, etc. Can also be used to describe those who benefit from it. Comes from Portugese root (desconto).
e.g. “This neighbourhood is getting worse, gangs of sconto kids hanging around on the corner.”

Specialist Emergency Law Enforcement Crisis Team – armed CEL officers, akin to SWAT. Also like SWAT, people use “team” redundantly after the end.
e.g. “The robbers are so dangerous, we've had to call in a SELECT team.”

Androids using electromechanical insides and an organic façade on the outside.
e.g. “I lost my job to a sythetic.”

Derogatory and insulting term used to refer to those perceived to be addicted to, or spend too much time in the Trance.
e.g. “He's always got his head buried in the net. He's such a thrall!” 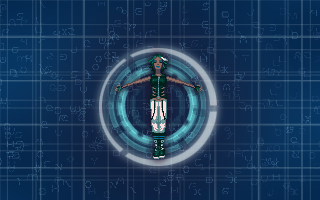 A kind of cyberspace. Virtual representation of the internet taking place within the connected minds of those taking part in it.

Squishy, jelly-like mass of nanomachines held together in a gooey substance. One of the underlying technologies of Technobabylon, used for organic computing, medicine and construction.
e.g. “I'm using my wetware to interface with a terminal.”

The description of one who has been equipped with the techno-organic systems necessary to interface with computers using their own brain. Not literally metal wiring, more like an extremely fine mesh of wetware acting like a second set of neurones within the brain.