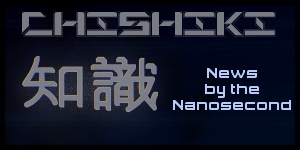 CEL firefighters have this afternoon been called to the Hartgill preparatory school, where the out-of-control growth of a wetware culture has resulted in what is euphemistically termed 'grey goo'. Principal Andrew Mtembe has issued a statement on behalf of the school expressing relief that CEL has been able to control the outbreak before more damage could be done, and reiterated their policy against bringing wetware into the school. 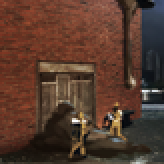 'Wetware', so called due to its gelatinous appearance, is the genericised term for a number of nanomechanical products derived from organic structures. Safeguards are in place in commercial wetware to ensure that replication of the material can only occur within secure factory conditions. Hobbyist gengineers have on many occasions taken it as a challenge to 'breach' new wetware products, and reactivate the material's ability to create

more of itself. Such uncontrolled growth becomes dangerous when wetware no longer responds to chemical signals to cease its reproduction. It is believed that tampering with a recreational product was the catalyst for today's incident.

While the school has been closed for repairs and decontamination, CEL has reported that four students have received only minor injuries, and are being treated for burns and contamination. City coordinator AI Central has stated that the mass has been deactivated, and poses no further threat to lives or property within Newton.
Posted by Unknown at 13:35