I told you I'd update a lot more.

Anyway, a big part of Technobabylon is the characters' interaction with the net through virtual reality. Through a couple of weird coincidences, I stumbled across and was e-mailed by Codafrost, who is in the process of making their own version of the first part of Technobabylon. Where does the VR come in to that? Well, it's been done for Oculus Rift, the Kickstarted virtual reality systems. 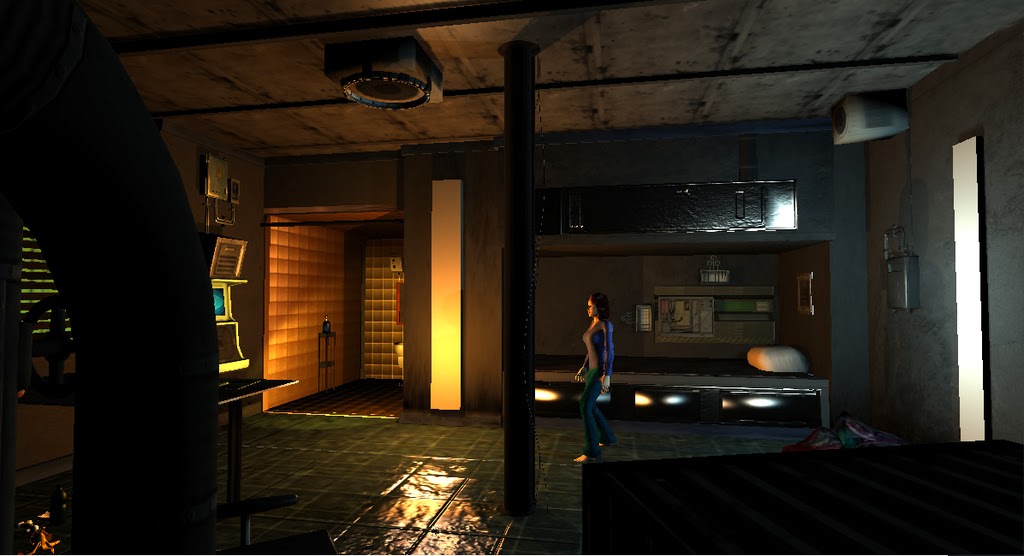 It's an early alpha version, and was initially built by Codafrost as a means of testing an adventure-game verb-coin interface in Oculus Rift. I haven't personally got any VR hardware, but it still works - as long as you don't mind crossing your eyes a little. 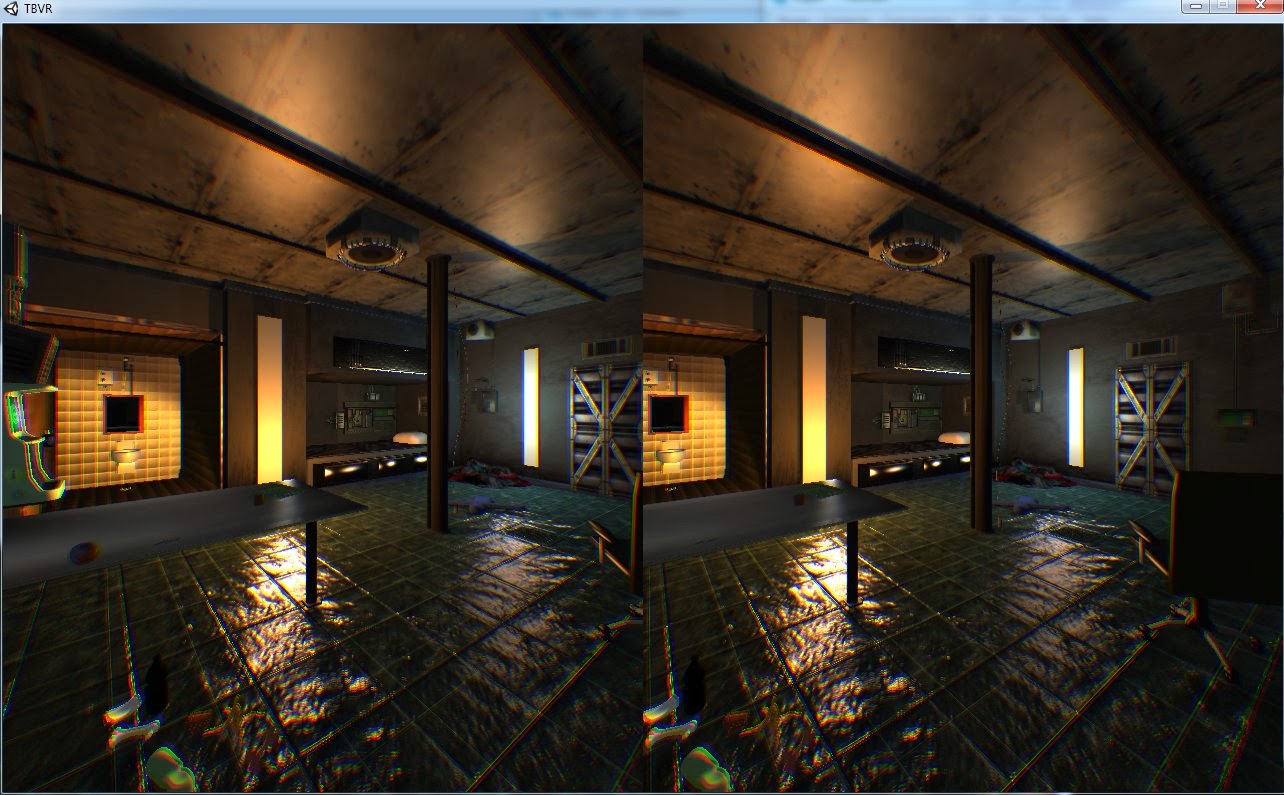 It certainly seems like Coda's got a thing for cyberpunk, and apparently has an IP of their own that they're working on. Still, this is an interesting idea, isn't it? Who's to say that if I hadn't started in Unity rather than AGS, that this is how Technobabylon would have looked like to begin with? 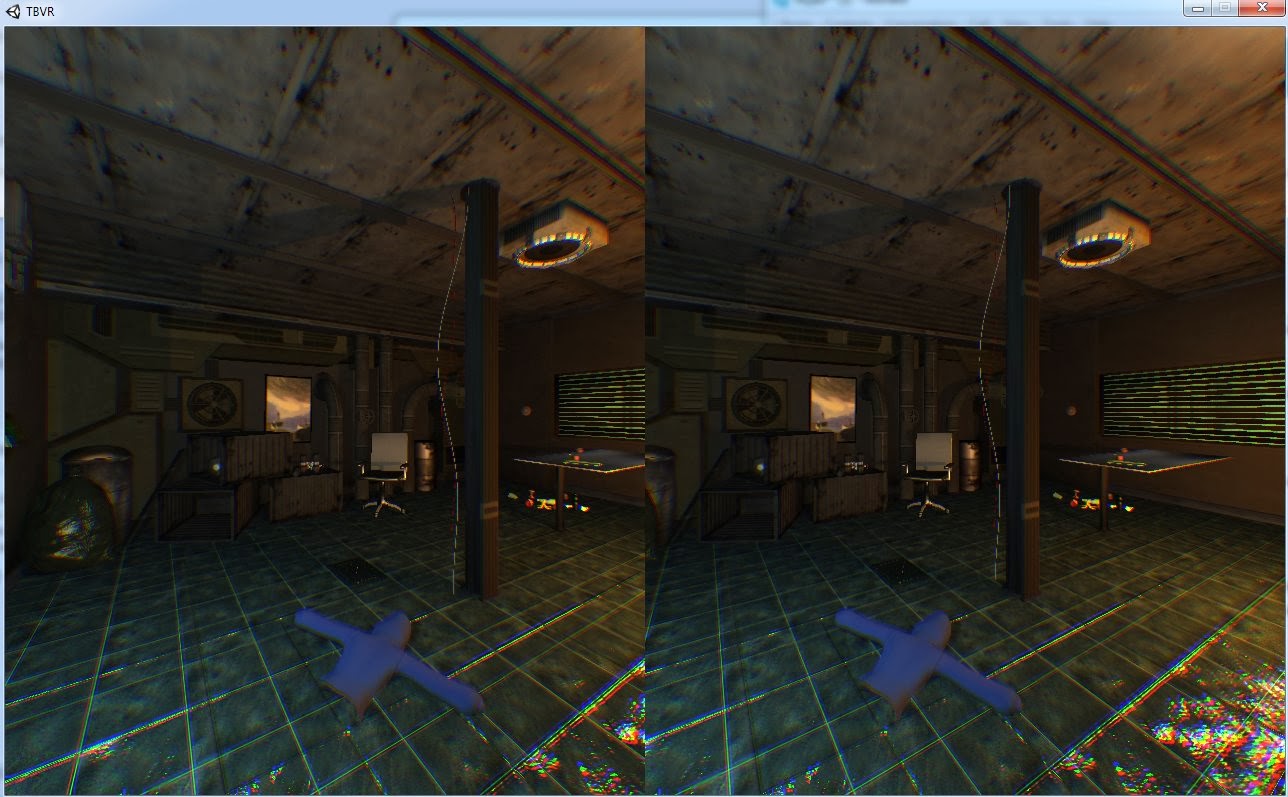 Even more exciting, we now get to see the other side of Latha's apartment!

If you want to give it a go, it's downloadable from the link at the top.
Posted by Unknown at 15:38