Well, very recently, I decided to say "nuts to you" to my employers. So, no more banks, woo party party. I've decided, in a very bohemian way, to make a go at this game-making lark.

What does that entail? Well, aside from never being allowed near that office again, it means that rather than spending half an hour in the evenings tinkering and tweaking with games, I'm now able to put 6-9 hours a day in, if not more! Previous attempts at finishing projects like Technobabylon have always been hindered by not getting far enough in the kind of timeframe I'd have liked. Sometimes, I get about half-way through a project, and realise I've improved so much since I started that the art doesn't look the same anymore.

Without things like "paid labour" getting in the way, Technobabylon's going to go a lot more quickly. In fact, at the rate it's currently going, it's a matter of months. With a lot more going on, there's a lot more to keep people appraised of, so I intend to keep on updating this information a lot more frequently. Which reminds me, I need to update the website a bit...now, what was the password for that?

Ah well. Have a laboratory. If you've played through Technobabylon before, you might recognise what this is a redo of, courtesy of the ever-talented Ben304 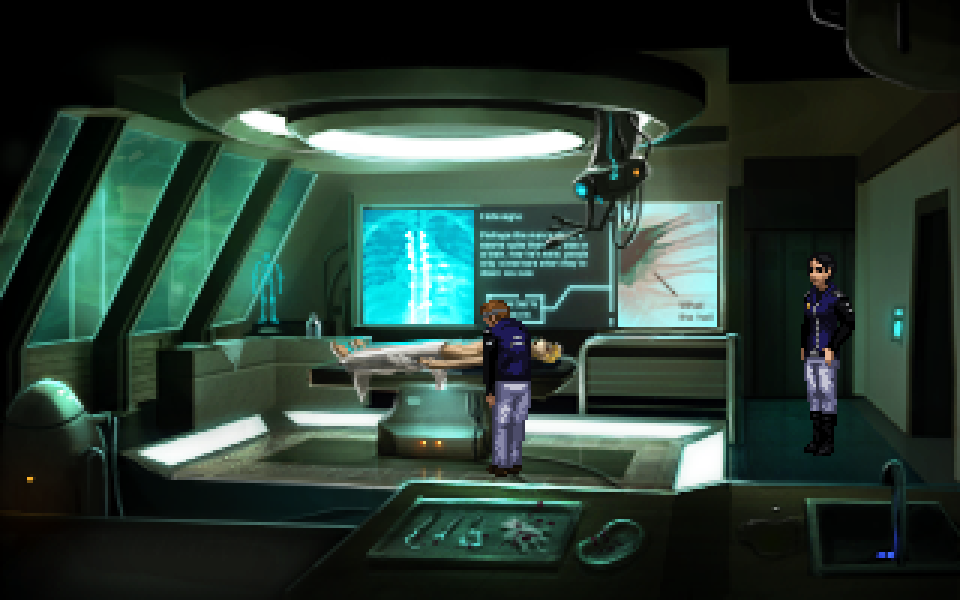